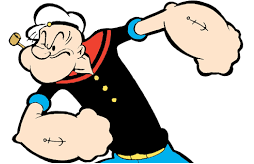 Tough Guys (and Gals) are rebels who have decided the price of pleasing others is simply too high. Their purpose in life is to prove they can get by without anyone’s help – that they can make it through challenging situations quite nicely on their own. They have an aversion to dependence and accommodation and refuse to justify their actions because they believe they are accountable to no one. It’s as if they haven’t progressed much from their belligerent early teen years.

Tough Guys have high expectations of themselves and are driven to be self-sufficient, capable and respected for their achievements. Their main competitors are rarely others but more often themselves. They are typically impatient loners, determined to reach the top and are easily angered by those whom they view as obstacles to their lofty aspirations. Their power resides in their mental toughness, self-reliance and sheer productive output.

Not surprisingly, Tough Guys are distrustful of authority figures and rail against procedural limits or restrictive policies of any kind. They resent being defined by what their titles suggest they do. Rather, they want to be known for what they can accomplish. As with all challenging players in the game of life, we are more likely to encounter them in the business world, where competition and survival is the norm. They are highly independent and productive people: perhaps a workaholic building a career against all odds or a driving professional woman seeking a top management position in a male-dominated corporation.

Tough Guys tend to be black-and-white thinkers, viewing people, problems or events in terms of their extremes. They often use this tactic to move others off their positions. They like conflict because it achieves their objectives more quickly. So they disagree a lot, preferring to focus on differences in views rather than on the similarities. They challenge others to demonstrate their superior grasp of the issues or facts in dispute. They prefer to beat people at their games rather than trying to understand them. This also makes them tough bosses. Their normal response to underperformance is a terse “I don’t want excuses. I want results!” But tough bosses do get results which makes them logical, goal-oriented and effective problem solvers. They analyze their subordinates’ ideas and suggestions for their practical implications and bottom-line impact.

Tough Guys are disciplined, focused, aloof and incisive people. They are likely to be more impressed by hard evidence than by concepts, theories, or advice from self-declared experts. They’re “show me” people with an attitude of “put up or shut up!” They believe if you want something done right, you likely have to do it yourself. And so they do. But on their terms. They’re usually difficult to get along with because they break rules and counter established norms with sarcasm, arrogance and disobedience. “Just tell me what you want done. I’ll figure it out for myself and do it my way.”

The secret to taming Tough Guys is to find their Achilles’ Heel. We all have one because we all have needs. Once we understand what they are and can align our tactics with those “soft spots,” we can influence their behaviour. Curiously, Tough Guys are inwardly afraid they may not be up to meeting their own high standards. It’s called the imposter syndrome. Part of their desire to explore and create is a need to experiment with and project the image of who they want to be. They sense if they’re not demanding at all times, they might become dependent on others. So they have a tendency to overstate their self-assurance to protect their core concept. Acting tough keeps others off balance and at a distance. They fear intimacy. What follows are some useful counter-tactics and thoughts on how to play their game and win.

Fighting fire with fire is never the best option in dealing with these folks. They are supremely effective in placing the burden of proof and justification on others. Because they know that, when permitted or encouraged to do so, most of us will just talk ourselves into trouble. Don’t get sucked in. Resist the urge to explain or justify your beliefs. Rather than getting defensive, tell them what you agree with, then ask them to explain their reasons for challenging your views on the subject. Ask them why your explanation is important to them. Probe the underlying issues rather than providing them the ammunition to energize or legitimize the differences. Learn how to turn conflict into cooperation.

Sometimes confronting a Tough Guy’s perceived “holier than thou” attitude only ignites our own sense of self-righteousness. This is entirely counterproductive. A better response is to describe how their actions affect you in specific terms. Then invite them to not treat you with disdain. You can be honest and direct with Tough Guys because they actually are quite tough – they can take it without having to hit back. Here’s how: “I don’t especially like being put down like that. Can’t we try to engage one another on equal terms, with respect for each other’s views, instead of having to win every argument?” If you don’t feel up to such candour, try asking this simple question: “What am I doing that makes you treat me as an inferior?” Tactics like these level the playing field.

Never allow yourself to be intimidated or humiliated. As noted in my previous blog (about Bullies), Tough Guys have a bark that’s worse than their bite. Confront their behaviour honestly and encourage them to be more constructive by focusing on the real issues in dispute. “I don’t wish to be treated like a child, Mary. And I don’t find your sarcasm amusing. I do want to resolve our differences and find a mutually acceptable solution. Let’s focus on the primary issue and work this out. Are you willing to cooperate with me on this?” We all relate better to consequences and benefits than to threats and demands.

Be honest with Tough Guys. They like candour. Point out your central concern is how they lead others to feel inadequate, not their views of authority or procedure. Hold them accountable: clearly describe the consequences of their behaviour. Encourage creativity; it’s one of their strong suits. Don’t try to “out-tough” them. Don’t make the game a test of wills or one-upmanship. Focus on convergent, not divergent, interests. Use warmth and humour: “You look as though you could be a lot of fun if you weren’t such a tough guy.” (They don’t mind being called what they are.) And, as always, do your homework and never lose your perspective.