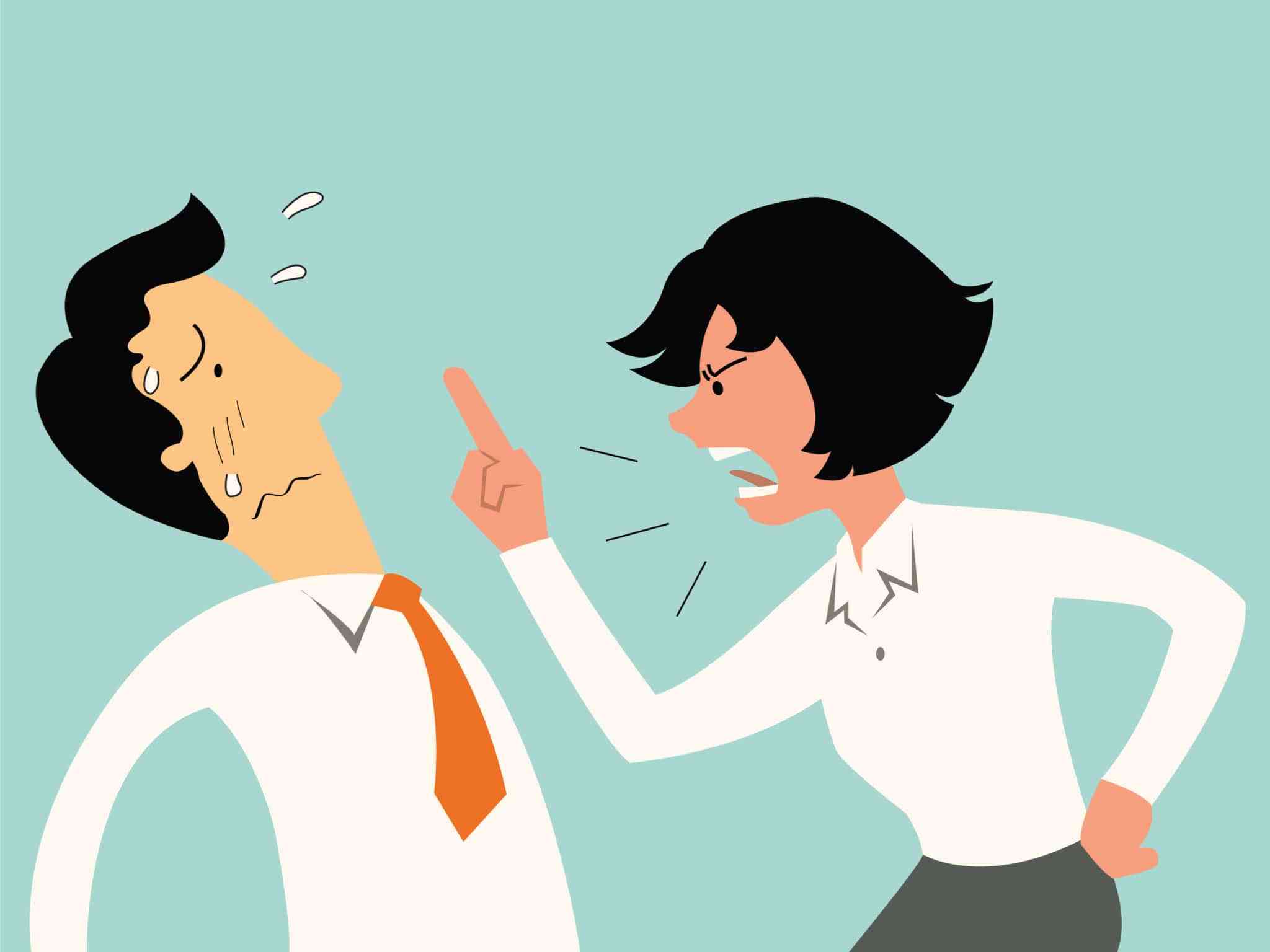 Bullies are contemptuous of their prey. They are generally abusive, abrupt, arbitrary and intimidating. Their tone is one of arrogance and their attack is typically accusatory. They’re stimulated by any sign of submissiveness and their impatience with those who exhibit weakness often manifests in irritation, indignation or anger. They’re “into” power and they use it in a unique way. Creating the perception of overwhelming force explains much about their threatening mannerisms. They know the threat of something is more terrifying than the thing itself.

Ridicule is the Bully’s most potent weapon, especially when used against passive, overly agreeable victims. They know that if you push a negative criticism hard and deep enough, it’ll eventually break down any resistance. The more a victim attempts to defend herself, the greater the likelihood others may suspect some validity in the accusation. They demand accountability but, when pressed to do the same, they counterattack (in some cases, with rage). One tactic invariably leads to another because they think relentless pressure is the best kind of pressure. They know how to make things happen by picking, freezing, personalizing and polarizing their targets.

Bullies can be competent and powerful people in their own right and they invariably rise to positions of authority. Their self-determined, self-confident natures serve them and sometimes their organizations well, especially when single-minded leadership is required. They value confidence, competence and aggressiveness in others. They tend to get a lot accomplished but usually achieve their objectives at the cost of dissension and alienation. They neither understand nor appreciate the need for tact, empathy and what, for most of us, constitutes civil behaviour.

Most bullies have a pressing need to prove, to themselves as well as others, that their view of the world is the right one. They have an inflated sense of their importance and superiority. As with all challenging players in the game of life, it’s not so much what they do but how they choose to do it that angers, demoralizes or debilitates us. They seem to derive satisfaction from abusing their targets verbally and psychologically. It’s as if they have antennae for insecure people, for those with low self-esteem who shy away from conflict. They tend to know who are unlikely to retaliate.

How do you play the game with Bullies? How do you get them to understand that you are deserving of respect and that your views are worthy of being heard? You do this by changing the game, by using tactics you’ve likely never tried before, by knowing how to stand up to them while avoiding a fight. It may be tempting to express annoyance or outrage but it’s an emotional response. Realize they’d likely destroy you in an open battle, much to their satisfaction. Your objective is to not appear deferential or weak. When you do, you only succeed in fulfilling their expectations of your inferiority.

Since Bullies love and therefore want a good fight, execute your strategy with care. Ask yourself whether, or in what ways, this adversary might harm you. If it’s your boss, think before you speak. When you do convey your thoughts, be firm but sincere in your phrasing – bosses do after all have the ability to free up your future, indefinitely – while maintaining a calm focus on the goal.

When responding to their accusations, keep in mind they’re often more right than wrong. Distinguish negative from legitimate criticism. Is your performance always up to expectations? Have you adequately met their standards? Objective self-analysis can save unnecessary embarrassment later. Perspective is reminding ourselves we can all get better. Don’t take it personally and become a martyr to your emotions. Bullies push hot buttons and then devour those who are incapable of self-control.

Feelings of fear or confusion are normal responses to being attacked by a Bully. Every game requires a good plan of action. You’ve been here before so think about what you need to say rather than want to say. If your normal responses were ineffective last time, don’t repeat them. Try any (not all) of the tactics that follow below. Trust me, if you can use a new (different) one with conviction, things will get better.

Choose your words wisely. Use assertive but non-aggressive language. Since Bullies like to control every conversation, they interrupt a lot, whether we’re in mid-sentence or mid-word. A simple, non-confrontational counter like, “You’re interrupting me” (an assertive response) will get their attention and signal your intent to be heard. Never say “Don’t interrupt me” (an aggressive response). That’s fighting language and it energizes a Bully. Another good counter is to say, unemphatically, “I disagree.” With the boss, of course, tact goes a long way. Say something like this: “I think I’ll have to disagree with that, Mr Somers.”

You need not be polite with a Bully. They neither understand nor care about courteous behaviour. They misconstrue it as weakness. Standing up is simply getting into the conversation to be heard. Use non-verbal signals that command attention in a non-adversarial manner. Slow, deliberate moves are best. Maintain eye contact. Get them to sit down if you can. Don’t tell them to do it, just model the desired behaviour. If they continue to stand, don’t remain seated. Standing is a fighting posture and Bullies love to stand. It energizes them – makes them feel they’re in control.

Timing is important. Bullies need to vent their feelings and wind down. Just don’t give them the impression they can “run the show.” Tolerate their initial outburst with supportive gestures (like nodding) and non-directive listening (like grunting), then get their attention by shaking your head or otherwise signaling your disagreement. Once you’re into the conversation, speak from your point of view. Use “I” statements. “You” statements are accusatory and adversarial.

When Bullies challenge your views, be firm but not argumentative. This subtle but important difference is essential to your success. Respond slowly and calmly with a radio voice. You have a right to express your legitimate views. Stand up for them. But don’t go overboard. The results will surprise you. Because, if you haven’t stood up to their pushy behaviour before, he or she fully expects you’ll once again submit to their intimidation.

Be forewarned: when you learn how to confront Bullies, you may discover they now wish to befriend you. This is a classic response when they recognize someone with the self-assurance to deal with them on an equal footing. They like those who are like them, as do we all. Having achieved your objective of getting recognition, if not respect, it may prove somewhat dangerous to disappoint them. And it doesn’t have to be a lasting friendship.