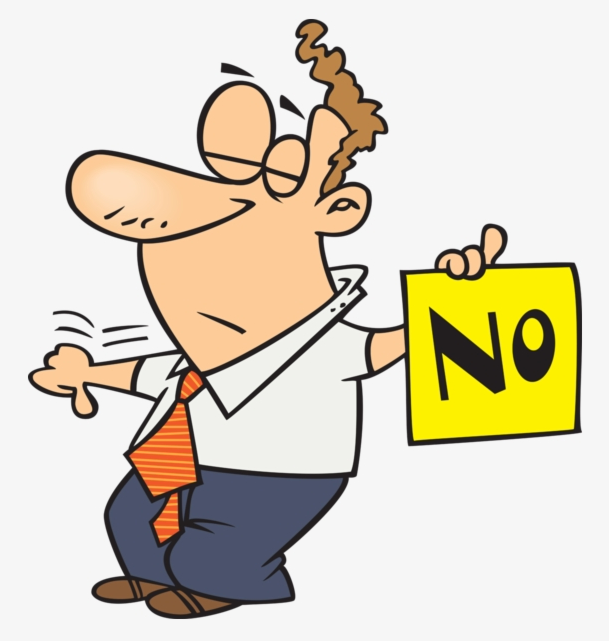 Fifteen months ago, I posted a blog entitled How to Say No. Feedback from a few valued subscribers posed the subsequent question: When should I be saying no? Here’s my response.

For some, saying no isn’t easy. Especially to those we sense an obligation of some kind. It’s also difficult after we’ve already said yes. We may worry that reversing course might burn bridges or cause us to be labeled as unreliable. So, despite feelings to the contrary, we bite our tongues and do what we would rather not. This often results in anxiety or regret or feeling we’ve compromised our integrity. How can we uncommit gracefully, keep our reputation intact and our relationships healthy?

Learning how and when to say no is liberating. It affirms our principles, aligns our priorities and preserves important connections. It results in better decisions, lower stress, greater opportunities and fewer disappointments. Some believe saying no is the most powerful personal productivity tool ever invented. Mindlessly saying yes with the fear of believing things won’t quite turn out as we hope invariably results in frustration, remorse and even depression. No skill is more valuable nor harder to learn than the ability to critically evaluate our choices in the face of pressure from those we’d rather not alienate.

Perhaps the biggest fear we have about saying no is the possibility of missing out on a good opportunity from which we might profit. Should that be the case, and you aren’t entirely sure about how to respond, take a moment to reflect on the pros and cons. Make a list of all the bad things you think might happen if you DON’T say no. Most of what we worry about can seem silly or unrealistic when we pause to make them explicit. This reflective exercise switches the brain from its silence or flight mode into a rest-and-digest way of thinking. If list making doesn’t fully resolve your dilemma, at least you now have some good questions to ask … if not of the one requesting a yes, then certainly of a third party whose advice you trust.

If you’re a regular reader, you know I’m big on asking the right questions in the right way at the right time. When your gut is wavering over how to respond, ask yourself questions like these (customize what follows to reflect the circumstances and what’s important to you):
❏  Am I excited or intrigued about this proposition?
❏  Is it a good fit for who I want to be? Does it reflect my values or my priorities?
❏  Have I done an initial cost/benefit analysis and considered the possible consequences?
❏  Will saying yes give me a skill, a gain of some kind or an opportunity worth a yes?
❏  Will saying yes require me to do some things I would rather not do?
❏  Is this proposition fair, realistic and ethical for me as well as for those who I care about?
❏  Can I realistically accommodate this request or idea in my schedule of commitments.
❏  Am I prepared to give something up, or to fail, if this doesn’t work out as I hope it will?

After answering questions like these, sleep on it. The mind doesn’t easily give up on what it finds bothersome. If, after analyzing your answers, the costs outweigh the benefits, then it’s always better to say no or back away from agreements made. Think of a diplomatic and thoughtful response but be truthful. Be clear on your reasons without over-explaining. Consider this framing: “I’m sorry for the inconvenience this may cause you. And I greatly appreciate you thought of me for this opportunity.” Express your gratitude then end on a positive note. Never say “maybe next time.”

No matter how well prepared we may believe we are, it’s easy to say the wrong thing at the wrong time. When we’re feeling anxious or threatened by the conversation, we’re more likely suffer from “foot in the mouth disease.” When responding to an unexpected request from someone you care about, be mindful of the importance of having a repertoire of credible answers readily available – responses that convey your true thoughts without unnecessarily annoying or alienating them. Once learned and artfully framed, they have an almost magical calming effect.

If you must say no, anticipate the probable push back. We fret too much about how people might feel about our unwillingness to do what they want us to do. Some are actually frightened by the prospect. They pressure themselves by thinking about unrealistic and unjustified questions, like: Will they hate me? Talk behind my back? Yell at me? Make me feel guilty? If you’re among those who worry about unwarranted concerns, consider this truth: no one can make us feel guilty, or any other way for that matter. Only we can do this by how we choose to think about it.

After thanking them for asking, briefly give one reason why you’d rather not. When we hear the word “because,” the human brain reflexively switches from the emotional side to the logical side, regardless of the merits of the reason given. That is neuroscience in action. And the quality of your response is always more important than its quantity (which only provides them with ammunition to address your weakest point). After all, we are the only species on the planet that knows how to talk ourselves into trouble when permitted to do so.

Some believe nothing’s worse than saying yes and then having to backtrack and say no later on. It’s viewed as a broken promise and a hit on one’s reputation. I disagree. You can always say yes, then change your mind after you’ve reflected on the merits of the decision. It’s called sober second thought. I call it prudent risk analysis. As I’ve written before, when you’re able to do that, you can change your reality. Einstein referred to this capability as the measure of intelligence. It’s also called spontaneity and that happens to be the essence of living freely.

Most, though not all of us, are “programmed” in our early years to quickly say yes because we were taught to be compliant. Whenever you’re unsure of how to respond to difficult requests, take a moment to listen to your inner voice. If it “feels” wrong, don’t say yes without further consideration. A rush to judgement can lead to regret. Simply ask for a bit of time to think about their request. You’re not saying no; more importantly, you’re not saying yes. And when they sense your hesitancy, they may modify their request.

A yes or no decision is never about achieving perfection. No one bats a thousand in the choices we must make. Too often we say yes to what ends up draining our resources or our emotions, because things don’t always work out the way we’d hoped or expected. This is part of being human and how we learn. Every serious decision we face involves a tradeoff of some kind. The goal in pursuit of living freely is to discern the acceptable balance between the upsides and the down sides. When regret enters your mind, cut yourself some slack and reflect on the lesson learned. You’ve paid the tuition. Now you’re entitled to the benefits.