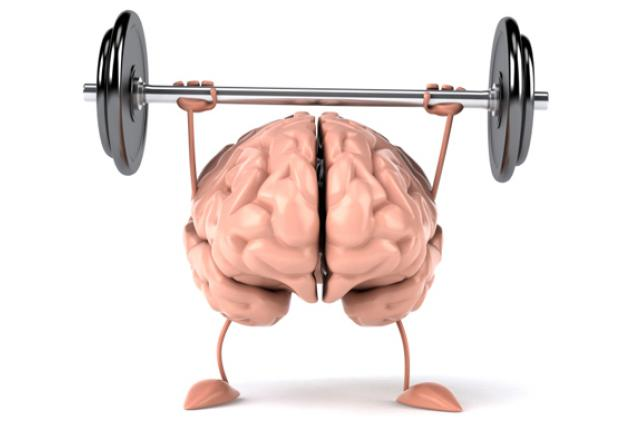 About fifty years ago, I designed my first professional development offering called The Creative Genius Within. Its premise, simply stated, was that we are born with the potential for genius and that capability remains in us throughout our lives. For some, it’s still waiting to be liberated from the early constraints foisted upon our impressionable minds by “the big people” in our lives – those authority figures who made us doubt our natural inclination to be curious and create.

Genius thrives on the uncertainty of possibilities. It lives outside the comfort zone of the known and the familiar. It transforms constraints and discomfort into willpower. When we possess the disposition and willingness to tolerate ambiguity, we’re forced to figure things out for ourselves as circumstances unfold. Hence, it’s the fuel that drives our desire to know or learn new things and that enables us to think of confusion as opportunity. The more certain we are about something, the greater the likelihood it’s already been conceived by someone somewhere. We rarely see the world differently when we think it’s already been described or defined that way before.

Genius starts with a question, not an answer. We only see the possibilities when we travel further down the road of enquiry. By eliminating questions, we curtail the probability of unleashing genius. Einstein once said, “It’s not that I’m smart. I just stay with problems longer.” He was referring to furthering his understanding through deeper investigation. When asked by a group of journalists how long it might take him to solve the greatest problem facing humanity, his answer was: “If I had an hour to solve a problem and my life depended upon it, I’d spend the first fifty-five minutes determining the right question to ask, for once I knew the proper question, I could solve the problem in less than five minutes.”

Genius thrives on building relationships with accomplished individuals who inspire us by their example, who are committed to thinking differently, who challenge others with intriguing questions and who are willing to provide helpful guidance as well as legitimate criticism. To nourish our genius, we must strategically assemble information-sharing groups of unusual, eclectic and contrarian individuals who are both skilled at and predisposed to challenge our views. Never build a network because you want something from someone; do it because you have a genuine interest, if not desire, to share and test your unique experiences with a community of creative individuals.

Genius loves mistakes (which is something business leaders too often find difficult to comprehend … admittedly a different topic). Innovation is not about failure avoidance; it’s about error recovery. Imagination and experimentation beget failures from time to time. Mistakes lead to iteration and re-imagination. It’s known as a learning loop – Steve Jobs called it intelligent failure. The innate genius that exists in every workplace can’t be ignited unless conventional ways of doing things are challenged, ridiculous rules are broken and groupthink is openly called into question. Smart leaders confront the prevailing cultural mindset about certitude, risk and mistakes. Because innovation doesn’t happen when every conceivable outcome must be categorized, tested and validated before action can occur.

Genius requires an obsessive curiosity about things that matter. So what does matter? We can never be sure. Because we’re incapable of knowing in advance which paths might be more promising. We only discover good ideas by digging deeper into what might fascinate us. So genius is also a craft of generating seemingly anomalous insights. To reach breakthrough concepts, we must be prepared to spend some time searching for them. Again, some leaders see this as a waste of time. Hence they implore their workers to stick to their knitting. But what we can create in one domain of expertise can be made richer by what we’re able to discern beyond that primary focus of attention, particularly when we’re engaged in random, seemingly irrelevant activities. This is the uncertainty and inquisitiveness that propels genius forward.

Progress is not a straight line. We all start with assumptions. Some are validated by experience, others are eviscerated. Genius requires that we understand that consequence. When we realize our plan is flawed, we need the fortitude to back away and reconsider it. Whatever new ideas we may have in changing course will inevitably be judged by others who have a tendency to disagree – especially with something they’ve never thought about before. This is one aspect of the human condition that’s impossible to eliminate: it simply goes with the territory of advancing novel concepts. Judgement is either binary (like/dislike) or generative (adding value). Genius looks for the intrinsic value of new ideas and ignores the mindless disparagement of others.

Walt Disney, one of my heroes, was justifiably acknowledged as a genius. His biographer, Neal Gabler, said he “built a company where leaps of imagination were combined with remarkable feats of engineering.” Disney fervently believed that “all our dreams can come true if we have the courage to pursue them.” And he attributed his success to the ability to wear different hats as needed: one based on imagination, one of realism and the one of the critic. The latter pushed him to even greater heights of creativity.

Without acceptance, ideas are going nowhere. But harsh judgement, or criticism, is just feedback to the creative mind. And feedback is useful data. We can’t ignore ego: our feelings are real. Acknowledge them but don’t allow them to impede your curiosity or get in the way of your objective. A negative judgement is not the end of the road. Like any obstacle, it means we now need to go in a different direction, integrate the wisdom of the lessons learned from failure and kick-start a new wave of creative thought. Invite and harness the feedback you receive as fuel rather than pain. Simply reframe it by asking “how will this help me get better?”

Genius understands there is no finish line. There’s always another day following, coupled with a bit of regret that the work could have been better. Genius has a growth (not a fixed) mindset. Genius thinks more about the process (how to get there) than the outcome (what it might look like to others). It’s knowing that unleashing or liberating one’s genius is a lifelong quest – a pursuit based on endurance, humility and self-determination. It’s not a destination we might someday arrive at. Rather it’s something we aim for but never fully achieve. Because there’s always room for improvement. Genius knows that.