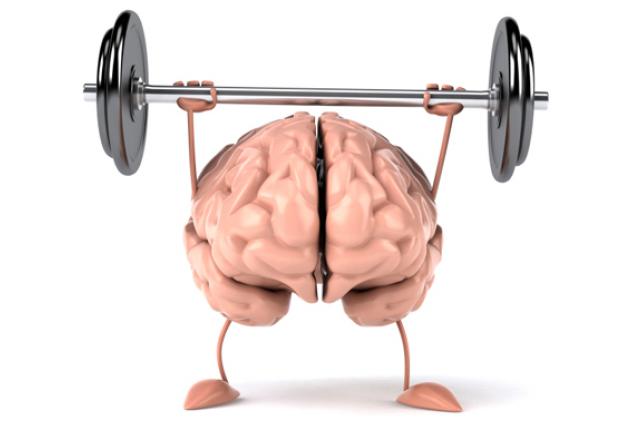 Business leaders need to understand that creativity is not the enemy of efficiency. It’s simply the ability to think differently. This can be time-consuming, disruptive or even repugnant in corporate cultures that pride metrics, spreadsheets, speed and bottom-line proficiency. But it’s skills-based hard work. And, in today’s unpredictable, hyper-competitive world, where better, faster and cheaper is the mantra for success, it’s the difference between thriving and becoming extinct.

We generally assume exceptionally creative people are brilliant, spontaneous, eccentric and maybe a little demented at times. But perception and reality always differ. Most of the bona fide geniuses throughout history have been routine-driven workaholics. In truth, creativity only flows from a willingness to spend significant amounts of time – our most precious asset – just thinking about how to solve real problems. It’s not a magical gift of nature; it’s a matter of tenacity, incredible focus and an astute awareness of what stifles imagination.

We tend to think of innovation as invention – bringing something new or unique into existence. It isn’t. Creativity is often a pairing of things that already exist: conceiving a new pattern or making a different connection and then presenting it in a fresh way. Great music, for example, is the conception of a novel combination of existing sounds and lyrics. Independently, they’ve all been heard or said before but not in this different, breakthrough, sometimes breathtaking combination. The same applies to innovative films or books. Creativity happens when we purposefully and humbly stand on the shoulders of those who’ve gone before us.

Irritation and discontent, not satisfaction, with the status quo engenders creativity. Happy people don’t change the world. When we’re satisfied with “what is,” why change? We are the prisoners of our comfort zones. Optimistic dissatisfaction is the mindset that liberates our inner genius. Creatives are unreasonable rule breakers who seek to challenge what exists in search of what might be. Creativity requires unfocused mind wandering – something old-school managers rarely tolerate – because good ideas only come when we’re not overwhelmed or intimidated by the thoughts of our most daunting challenges.

Creativity begins with inspiration, is followed by immersion and is driven by skill. Any kind of thinking – whether analytical, practical or creative – is a discipline that must be acquired over time. Before we can add uniqueness, we must understand what is already good enough. We must emulate before we can improve. Creative writers spend their lives reading thousands of books, some outstanding and others not worth the price of the paper on which they’re printed. Yet all make some kind of contribution to the learning and the ultimate creative process. We get better by doing – relentlessly. It’s a journey that never ends.

One way to become more creative is to become more prolific. To use a basketball analogy, it isn’t that creatives are more accurate shooters; they just take a lot more shots. They’re not better or smarter shooters; they have less fear of embarrassment when they miss. A true genius is undaunted in the face of skepticism or ignorance. History will always record their successes more than their failures. Edison is the classic example – when he proudly proclaimed “I haven’t failed 9,000 times, I just figured out 9,000 things not to do.” Jobs was another: every one of his spectacular successes was preceded by an equally dramatic failure.

While mistakes are among the biggest dislikes of middle managers, they are the fuel that drives creativity. Every breakthrough, whether scientific or technological, was preceded by hundreds (if not thousands) of ideas and theories that were proven wrong. Creativity can be an instantaneous burst but also a tedious slog. If you’re unprepared to put in the effort and face the inevitable dips, turns and dead ends, then leave it to those who are more tenacious and understanding of the art of creativity. As Einstein once observed, “It’s not that I’m smart, I just stay with problems longer.”

Creativity is a process of trial and error. We acquire the skill by persevering against the odds. We learn how to diverge, bend and converge thought, distinguish probability from possibility, reframe different viewing points, seek to understand how the mind actually works and what in our neurology holds us back or forces us in unproductive directions. It requires generative judgement, incessant often punishing experimentation, risk taking and critical (sometimes harsh) feedback.

Creative thinkers borrow a lot of ideas from others. Picasso said “Good artists borrow, great artists steal.” This affirms that there may be nothing really new left to discover. So the invention part of creativity is actually re-invention. Back to Steve Jobs, deemed by many as history’s most innovative CEO: he didn’t invent the personal computer, nor the mouse or graphical interfaces. He didn’t invent MP3 players or smartphones. He didn’t invent tablets or laptops or wearables. He invented nothing. He just did the old things better than others had. But he captivated us with stellar design features. He failed a lot and, in the process, learned what didn’t work.

We were born creative. Then we went to school where we were taught to distrust our innate talents. Noel Tichy said “Children enter school as question marks but leave as periods.” We were taught what to learn, not how to think. We were taught there is one right way to do things (their way). We were taught how to copy, memorize and apply the theories of others. We were rewarded when we did what we were told. We learned that failure brings disgrace and the right answers are valued more than the right questions. Our genius was marginalized. We were educated for a world that no longer exists.

The gritty side of creativity is pushing back and doing the hard thing – serious work coupled with dedicated practice – rather than succumbing to the urge or the convenience of doing something less demanding. Creativity is courageously looking at the world with fresh eyes to see what might be done differently. And hopefully better. That takes time and effort. True creatives invent much more than new ideas. By focusing on “what could be,” they reinvent themselves again and again. They prevail in the face of ignorance, inequality, intolerance and injustice. It’s not easy. But it is immensely satisfying.