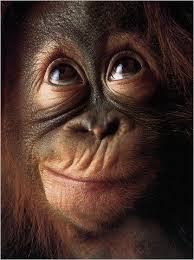 Conspiracies.  Why do some believe in conspiracies and how do you deal with them if you desire the relationship? We all have a need to know the truth, feel safe and seek a degree of certainty and control in our lives. And we have a profound desire to maintain our self-esteem and feel positive about those with whom we associate. Our beliefs are fueled by these drives. That said, there are some who are inclined to feel special in knowing what others do not. They believe their feelings are a better way of knowing what is true despite what empirical data or logic might otherwise suggest. Lacking a healthy level of scepticism or the ability to think critically, they assume the absence of evidence is perhaps a good reason why their theories are likely valid. This is fertile soil for conspiracy theories to grow and spread.

Dispelling the beliefs of those who think this way is not an easy task. I’ve had friends and business associates who believed in things that could not be proven. It’s exasperating. And empathy has its limits. Through countless discussions, I’ve discovered deep feelings of resentment, indignation or disenchantment about the world they inhabit. For example, in the early days of the pandemic, someone especially anxious about Covid was drawn to theories that suggested it was fake. A recent study of those who espouse such beliefs reveals that they feel they had little control over their lives and are generally confused, worried or alienated.

In dealing with those who trade in conspiracy theories, it’s wise to avoid going down the rabbit hole of their convictions. If you can’t change the topic, keep calm and just listen to them. Set aside your internal frustration and don’t ridicule or become combative. When you speak in a way that indicates you’re at least listening, they may more likely be influenced by scientific evidence to the contrary. Phrases like “I understand …” or “What you’re saying is …” might help bridge the gap and ensure a non-antagonistic disagreement. It’s rare you can disabuse someone of their beliefs. Try to make them feel better about being in charge of their lives and maybe some of their defensiveness may lessen. Then, for your own emotional health, consider a good exit strategy.

Consulting.  You don’t have to be in business to use consultants. When you ask a neighbour for advice on how she grows such great tomatoes in her backyard, you’re relying on a consultant. Albeit at no cost. Few ask for counsel when they think they know what to do or there’s no disorder in their lives. Consulting is the art of better informing others at their request. Being called one, however, doesn’t make you one. And there are alternatives to reducing confusion – books and good blogs are much cheaper than consulting fees. (And if you want some really good ideas, read older classics.)

Consultants today are commodities. There are some good ones and a lot of bad ones. If you want to be one of the better practitioners, never promise what you don’t know how to deliver. The Disney credo is a solid foundation on which to build your skills: underpromise but overdeliver. Those who most need the help you can uniquely provide are often the ones most unlikely to ask for it. Simply because they believe they already know. Trying to convince them is a waste of your precious time. Without a request for assistance of a specific kind, don’t offer your counsel. Chances are, you can’t help them anyway.

If you care about your brand as a reliable advisor, never protect your clients from the harsh realities but do learn how to frame your advice so that it can be understood by a twelve-year old (no sarcasm intended). When you tell him or her the brutal truth, you don’t have to remember what you said (this is also important if you have a lousy memory). Tell your clients what they need to know, not what they would prefer to hear. When difficult messages must be delivered, candour is too often a scarce commodity. Telling them what they want to hear makes you irrelevant indefinitely but without penalty.

In a volatile, uncertain and ambiguous world, it’s difficult to discern the signals from the noise or what’s meaningful from what’s superfluous. So master the art of asking good questions and being a good listener. Be curious and be humble: always let the client take the credit for your solutions. And last but not least, know that trust – a combination of integrity (honesty) and ability (competence) – is the essence of the consulting relationship. The problem with that nugget, however, is that most clients rarely tell you when they’ve stopped trusting you.

Predictions.  I wrote about this topic awhile back. Recently, I discovered a book written more than 40 years ago entitled The Book of Predictions – a 500-page anthology published by the same people who gave us The People’s Almanac. If you’re interested in the subject of forecasting the future, as am I, you can buy it on Amazon. But it’ll cost you more than it’s worth. So I’ll editorialize it.

The authors asked various acknowledged and self-proclaimed experts in their fields to imagine what would happen in the next 50 years. I bought the book to discover how many of these predictions actually came to be. While some came close – even a blind squirrel is capable of finding an acorn – all were wrong in the version of the future they specifically foretold. For example, one author with some degree of renown (Erskine Caldwell) predicted Bitcoin when he wrote: “A different kind of money will be in circulation. Not gold and not paper. It will be a computer type of exchange of credits and debits.” He said this would happen in 1990. Cryptocurrency arrived almost 20 years later. He also said the U.S. capital would move to Minneapolis in 1999.

To ask someone to predict is invariably to ask them to fantasize. What I took away from this curiously entertaining book was the sometimes bizarre intersection between the forces of technological progress, social and political uncertainty, and the never-ending conflict of ideas and beliefs in our lives. While we can’t accurately forecast what the future holds in store for us, we can let our imagination wander over the ambivalent and volatile disruptions of nature (like climate change or pandemics) and our needs (for transit and entertainment) to find possible connections worth thinking about. Then give it a name, start drilling down on the unknown – therefore unpredictable – implications or consequences, and begin talking about it with those who hold contrarian views. This is one way you might get lucky with your predictions.