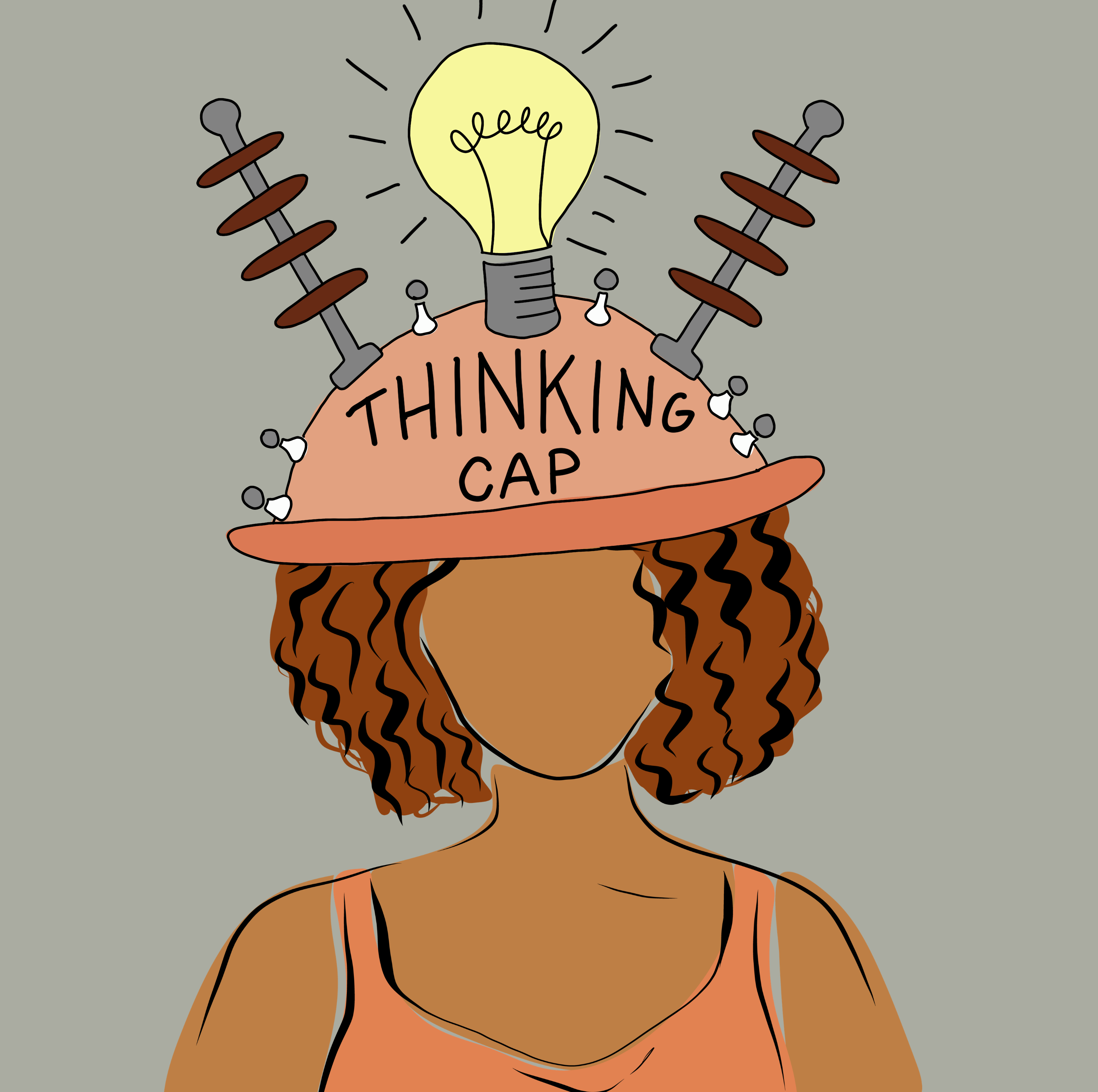 The brain is designed for mimicry – we learn by copying the behaviour of others. This determines in large measure who we are and what we seek in life. We have an innate need to belong. Our mindset is more one of dependency than independency. Early in our lives, we connect with our parents, siblings and teachers. We want to be like them; so they become our role models. For too many, letting others determine how they think, and therefore what they should do, continues to drive their behaviour.

Take our teachers for example – the ones who were largely responsible for training us how to think. While they professed to want us to be creative, their actions were more often the opposite. In what is known as the Getzels-Jackson effect, study after study confirms that, while up to 98% of teachers today say liberating a child’s creative potential “should be taught daily,” they nearly always favour less creative children when tested. Schools don’t entirely ignore independent thinking – I’m not fanatical in my view of this notion – they just don’t deliberately encourage it.

For decades, I’ve studied the idea that schools actually suppress independent thinking. They don’t do it purposefully. They do it because all authority figures, whoever they may be, including parents and bosses, value control more than freedom. Teachers train away silly questions, being foolish and not knowing what (in their minds) we ought to know. Research tells us highly creative children are least likely to become the teacher’s pet – they’re labeled trouble makers and noncomformists. Independent thinking embarrasses teachers who are paid to know more than their students.

My teachers taught me things that were not true because their teachers taught them the same things. A bad teacher lacks intellectual humility; a good one teaches her students how to think for themselves. They liberate genius rather than stifle it. However, in truth, most just want kids to be “normal,” not threaten their credibility. Compliance is preferred over inquisitive push back. Curiosity be damned. I was repeatedly victimized by this attitude – perhaps you were as well.

In a revealing study, children in first grade classes were asked: How many of you are artists? Every hand shot up. In the second grade, half the hands were raised in response to the same question. In the sixth grade, only 4% said yes. In How to Fly a Horse, Kevin Ashton explains why: “Teachers favor less creative children because those who are creative tend to be more playful, unconventional and unpredictable, and all of this makes them harder to control.” What our educational system often fails to acknowledge is that, as the story of humankind attests, only enquiring minds change the world. The curious ask questions no one thought to ask before and that invariably brings them into conflict with authority.

I spent 18 years of my adult life in the company of a lot of highly educated people who rarely knew how to think for themselves. Some were my colleagues; a few were friends. Most are gone now. They could explain things in their narrow domains of expertise because they were acknowledged experts in those fields. They embraced what they already knew with fealty but little skepticism. They chose not to assault their own dogma with insightful antithetical questions. Despite professing the importance of enquiry, they were closed minded. They got things done in the usual way but many weren’t worth doing. They had no clue about doing business in unconventional ways. But that’s the world we now live in.

They were technocrats – trained to be incredibly good at one specific thing with little interest in what was occurring beyond their area of competence. They acquired wisdom from others but couldn’t ask the sequential or counterfactual questions. That skill was never taught in school. Because it’s an abnormal response to cherished beliefs. It requires relentless curiosity, the rigorous dissection of troubling problems and the patience to let all parts of the brain wrestle with the awkward answers. It means a willingness to make mistakes, outlast hard-wired impulses and draw novel conclusions. That’s the essence of contrarian thinking.

Can you make yourself more independently minded at this stage of your life? I know you can – it’s what I do for a living. We were born with the ability to think for ourselves. It’s why we asked so many “why” questions and did childish things as we tried to understand how the world actually works. Despite the efforts of many who did their level best to constrain our curiosity, any quality of mind can be resuscitated and liberated. Perhaps even magnified. Provided we have the courage to do so. If we are brave enough, we can choose to be different – we can take risks and challenge accepted ways of doing things. We can be adventurous and dare to be ourselves. We can change our minds. And that alone can change our reality.

Those who can think for themselves have hungry minds and ask penetrating questions – they take the scenic route of enquiry while the conventional-minded prefer the short cuts or quick answers they’ve borrowed from others and memorized. The more we know about something, the more intense is our focus on what we don’t know about it. People who think for themselves see the fascination in mundane things and that leads to remarkable ideas. The intensity of their desire to know more is fueled by the degree to which the missing information provides a payoff.

Independent thinkers take risks: they change their beliefs and habits when they’re invalid and counterproductive. They abandon theories that no longer work. The incurious play it safe, feel they already know what they need to know or are quite happy (hence don’t really care) knowing no more than they feel they have to know. Those whose thoughts are acquired from others listen to the views that make them feel good about themselves instead of ideas that require them to think. They favour the comfort of their convictions to the discomfort of doubt.

When we allow ourselves to become less curious, our lives are drained of the pleasure of learning. We become duller and dimmer. That can happen to anyone who willingly accepts ruts, routines and comfort zones as a preferred way of life. The fact is we learn better when we find learning difficult. The harder we have to think, the more likely we remember. Knowledge and skills come from struggle. Everything of value in life must be earned.

Those who can think for themselves don’t really care what others think. Not caring is not the same as arrogance. I care greatly about what some think but I do so selectively, depending on who those others happen to be. Unconventional thinkers knowingly surround themselves with people who are unafraid to argue with them. Conventional thinkers, on the other hand, prefer like-minded colleagues. They have an aversion to rocking the boat, asking seemingly dumb questions or appearing stupid. Independent thinkers have less fear of embarrassment and have built diverse networks of individuals who choose to think differently than they. The more counter-intuitive the better.

Those who think for themselves read a lot, usually non-fiction and especially about things they disagree with. They cultivate an attitude of critical enquiry. This doesn’t mean they’re anti anything; it means they’re open to discovery. We will never know enough to know what we don’t know. When we encounter orthodoxy or things that don’t seem to make sense, we must ask (ourselves) “Could that be true?” Then, “Please tell me more … I need to better understand.” Little should be embraced that is not examined objectively, especially mainstream, hardcore doctrines.

Independent thinkers are repulsed by being told what they “should” think. This is the trigger for their skepticism. They have a horror of strident ideologies that require blind acceptance of iron-clad articles of faith. These are sometimes called pseudo-religions or cults. Independent thinkers are by nature agnostic – which means they are unknowing, therefore wont to probe further. Just as empiricism is the ingredient that drives their thinking, there’s also a correlation between being contrarian-minded and having a sense of humour (as there is between being humourless and closed-minded). Simply put, those who can think for themselves laugh a lot at themselves. I certainly do.