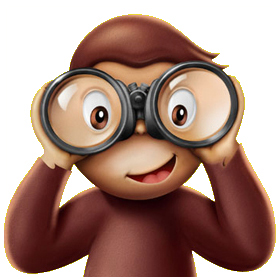 We are born with insatiable curiosity. In our youth, everything was a question as we tried to figure out a world filled with mystery. Paul Harris, an authority on early childhood education, says that between the ages of two and five, children pose over 100 questions an hour – two-thirds of which are efforts to understand the environment around them and build their unique theories about living. This equates to about 40,000 ubiquitous ‘how’ and ‘why’ questions during our formative years.

We were unafraid to ask innocent, silly, innocuous questions. We didn’t worry whether others thought we should already know. As we grew older, we learned we ought not enquire that much. Self-consciousness crept in, along with the sense we should at least appear more self-assured – the presumption that others expected us to know at the expense of our inquisitiveness. According to one seminal study, in-school questions are “actively subverted and systematically shut down” by teachers. As Noel Tichy famously observed: “Children enter school as question marks but leave as periods.” Hence, by the time we reached adulthood, our temerity to ask had been stifled and our curiosity severely impoverished.

Leaders often say they value employee feedback, creativity and initiative. In reality, they rarely walk that talk. Unless what they hear affirms what they already know. In a recent survey, fewer than a quarter of employees felt their curiosity was encouraged and 70% said they face barriers from higher up to asking work-related questions. Curiosity is fueled by a dissatisfaction with the status quo. And that can be threatening to those calling the shots. In too many organizations, employees receive an implicit message that invasive questions are an unwanted challenge to their authority. And workers will always be influenced more by how their managers behave than by what they say.

All remarkable inventions throughout history have one thing in common – they’re the product of curiosity followed by ingenuity. The curious are original thinkers. In business, innovation is now rightly deemed more important than productivity. Adaptation and resilience is as critical to survival as is sustained performance. Daniel Pink says liberating our desire for autonomy and nurturing the notion that we’re actually making a difference inspires us to want to collaborate with others and do great things. That is the fuel that drives agile organizations.

Recent research reported in the Harvard Business Review confirms a wide range of workplace benefits. When curiosity is triggered, we’re less likely to fall prey to confirmation bias and stereotyping others. We make better, more creative and constructive decisions because we’re simply better informed. Team cohesion is enhanced, and conflicts reduced, as we genuinely seek out the ideas and thoughts of colleagues. Over 90% of workers today say inspired curiosity is a catalyst for greater job satisfaction, higher motivation and stellar performance.

Managers falsely believe unbridled staff inquisitiveness make their jobs more difficult – that disagreements are more likely and decision making will be compromised, thus raising the cost and time of doing business. When people feel pressure to get the job done quickly, they have less time to ask questions about outdated, redundant or unnecessary work practices. Managers generally seek worker efficiency to the detriment of follower exploration. These managerial tendencies help explain why employee curiosity diminishes over time.

Newer employees ask a lot of questions because they don’t know; those with more service time don’t bother. It’s not that they have all the answers they need but they’ve learned not asking is often the safer road to follow. So contrarian voices are not encouraged, hence not heard, and innovation wanes. The data on corporate failures is overwhelming and instructive: restricting the flow of ideas generated by curious minds and challenging push back is a proven avenue to extinction.

How do you reignite curiosity in your workforce? Organizations need to explicitly encourage inquisitive thinking, starting with who they hire. (In an earlier blog, I wrote about how to detect this trait.) Companies that depend on the power of curiosity to drive their growth and profitability – like Google, IDEO, Apple, Pixar, Amazon, Tesla and Netflix – have devised questions aimed at finding this talent in prospective employees. As Eric Schmidt, Google’s CEO for a decade, said: “We run this company on questions, not answers.”

Employees ask good questions when they are given permission and feel protected in doggedly pursuing the truth, no matter where it may take them. But they soon learn it’s less problematical to keep such questions to themselves, hoping someone else might ask them. That rarely happens. Curiosity and its antithesis are contagious. A pervasive belief in the workplace today is that you can’t get fired for saying nothing. So the most important thing managers can do is to role model inquisitiveness by asking their own probing questions, then listening attentively and without judgement to the responses.

When managers overtly concede they don’t have all the answers (because no one does), they demonstrate they value enquiry on any topic in pursuit of more meaningful outcomes. But most prefer talking over asking and listening. Why? Because they fear they’ll be judged as indecisive or perhaps unintelligent. They presume their job is to have the answers. Conversely, picking up on their power cues, staff tend to believe they’re intruding on their boss’s precious time. They don’t want to bother her with possibly mundane thoughts, especially if they may be somewhat uncertain of their validity. While the research is always revealing, I don’t need it to confirm what I’ve witnessed over the course of fifty years with more than 600 organizations to validate this conclusion.

Build a learning organization. Encourage employees to broaden their interests and connections both inside and outside the business. Break down the silos to cross-pollinate ideas. Create inter-departmental teams to brainstorm current challenges and blue sky opportunities. Reward people who want to know “what’s next?” on the corporate agenda or industry horizon. Teach them ‘how to’ ask good upside-down questions and how to sell their ideas.

Utilize thinking tools that nurture curiosity and make it easier to venture into unchartered territory. Brainstorm questions not answers. Short and simple questions without preambles or explanations are superior to long, complicated ones – they stay in the mind longer, percolate and lead to even better questions. Seed the agenda with “what if” and “how might we” questions and hypothetical supposals. Circulate provocative articles about cutting-edge trends and breakthrough propositions. Curiosity drives knowledge and knowledge drives curiosity.

When employees are intrinsically engaged and given clear-cut permission to ask, curiosity thrives. Smart companies understand that differences in status or rank among the troops impedes the exchange of ideas. They don’t allow seniority, title, presumed technical expertise nor the opinions of the highest paid to overrule the wellspring of ideas awaiting expression within the rank and file. They reward devil’s advocates and contrarian thinking, and diligently seek disconfirming data to cherished conventional beliefs. They know diversity of views is the lifeblood of creativity and that reawakening curiosity is the stimulus of enduring profitability.