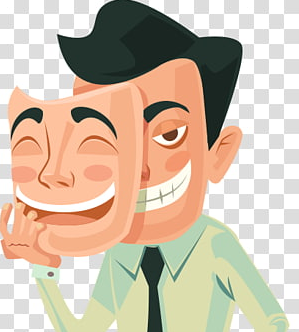 To achieve their unscrupulous objectives, skillful manipulators prey upon our fears, sense of obligation to those we admire or feelings of guilt about what we’ve done. They’re usually quite friendly, sometimes even intimate, when they get what they want. But they use their familiarity with our vulnerabilities to shape their strategies for seeking advantage. That is the elixir that drives their conniving behaviour. They focus on their needs and desires not on ours. They’re people you likely don’t want in your life but for different reasons they are. And they’re utterly convinced their obsequious advice helps us become better. “After all,” they frequently say, “it’s really for your own good.”

[ Caveat:  Keep perspective – we all manipulate … to varying degrees. The dictionary defines the term as handling things in a skillful manner or using influence to cleverly achieve one’s objectives. So, parents manipulate children, bosses manipulate employees and spouses can manipulate their partners. But those worthy of the label “difficult” do so in severe, nasty or unethical ways. Their behaviour is deemed overly harsh and beyond the pale. As explained in my book, it’s a pathology. This blog is about those folks and likely not you. ]

The traits that invite manipulators into our lives are an excessive need for approval, an intense fear of conflict, a need for harmony at any price, a tendency to take too much responsibility for the well being of others, and/or a high level of self-doubt. These particular players focus on achieving short-term victories at the expense of the longer-term consequences. They hate to lose and feel they can’t win unless they play hardball. They believe every disagreement might be a make-or-break relationship issue and they’re adept at pushing our hot buttons, sometimes to the extreme.

One of a manipulator’s favourite tactics is to act confused, helpless or purposefully naive when held accountable. They believe in the adage, and understand the art, that dumb can be smart. They’re charming players who understand the value and purpose of being overly dramatic when the occasion warrants. In chameleon-like fashion, they can become blamers, pleaders or pretenders. They pit people against one another and lie without embarrassment or shame in seeking to trade favours. They offer seemingly rational compromises as a method of gaining favour and getting what they want. They’re big on weighted reciprocity and live by the principle “if you scratch my back, I’ll scratch yours” (then you’ll owe me another one some day).

To subscribe to future blogs, please scroll to the bottom.

Keeping a manipulator in check is learning how to let them know they’d be further ahead playing their game with others. (That, of course, is the secret to success in influencing all the difficult people in your life.) Among their verbal assaults is making catastrophic predictions about what will happen when we don’t comply with their assertions. Their familiar forecasts of our desolate future include statements like, “Bad things will happen and it’ll all be your fault.” Or, “You’ll never see your kids again.” Or, “I’m cutting you out of my will.” Or “You’ll be sorry.”

The best responses to such classic threats is to return the porcupine. Try this one: “Well … that’s your choice.” (Don’t say: “You can’t do that to me.”) Or, if you sense the accusation is born out of frustration or confusion, lower the temperature a bit with this response: “Why don’t we talk about this later?” Recognize the tactics; just don’t legitimize or energize them. Neuter them and see where they go from there. Trust me: when threats don’t work on you, people change their tactics and the pendulum starts to swing your way.

Manipulators negatively label the personal traits of those they seek to control. They say things like, “You’re just being a jerk.” Or, “I can’t believe you’re being so selfish.” Or, “You never think about my feelings, do you?” Or, “That’s the stupidest thing I’ve ever heard.” How do you neutralize assaults on your character like these and get them to look for a different victim to play with? Try these responses: “You’re entitled to your opinion.” Or, “I’m sure that’s how it looks to you.” Or, “That could be … I’ll give it some more thought.” Or, “We’ll never get anywhere if you keep insulting me.” These are what I call magical responses and you need a repertoire of them in the face of whatever difficult player you may encounter.

Manipulators believe they’re entitled to an explanation for our actions. They are not. Thinking otherwise simply fuels their unfounded expectation of victory. When they try to put you on the defensive with charges like, “How could you do this to me?” “Why are you ruining my life?” “Why are you acting like that?” “Why do you want to hurt me?” Or, “Why are you making such a big deal out of this?”, your responses must be both truthful and artful. Never answer a manipulator’s why question with a sentence starting with the word “because.” When you do, you’ve been drawn into the rabbit hole of their game.

Better magical retorts to the loaded questions above – none of which will place you on the defensive (where they want you to be) – include these: “I thought you might not be happy about this but that’s the way it is.” Or, “There are no villains here … we just see things differently.” Or, “I sense how angry you must be, but … this one isn’t really negotiable.” Or, “I’m sorry you’re so upset (or frustrated) by this … I just can’t be helpful.” All of these responses are to be given in a calm, emotionless voice.

A manipulator’s well-developed skill of verbal jousting often enables her to evade accountability for the accusations made. Should they resume their game play by sniping back in the guise of offering seemingly more helpful feedback, decline the invitation to be blamed for something you did not do. Never get stuck in the unproductive past. That’s water under the bridge. Refocus the discussion on the issue at hand and focus on what the future could look like when the discourse is civil and when cooperation and mutual profit improvement are the primary objectives.

Manipulators are masters of confusion. They ramble, go in circles, use gobbledegook and corporate-speak jargon, and introduce irrelevant issues. Don’t let it happen. Interrupt them. Ask them to explain. Tell them you’re confused (even when you may not be). Summarize or paraphrase what you heard them say. This let’s them know you’re listening and brings them down a notch. Get agreement on your “take” before moving on. Surface the real issue in dispute – air the conflict – by asking appropriate but pertinent questions. Ask them to specifically explain their concerns or to verify their viewpoint if there’s no evidence to support it.

To teach a manipulator you’re not the quarry he wants to play with or (worse) victimize, focus on the manner in which the encounter is unfolding rather than the specific allegations or traps they’re laying. When the rules and boundaries of the exchange are clearly enunciated – how the game will be played – manipulators become less deceptive and more aware of your needs. Being coy or polite is pointless. Ask them to verify their facts, explain their promises or clarify their authority. Make it abundantly clear you don’t want any misunderstandings to arise later.

The key principle to remember in dealing with any difficult person is that it takes two to play a game. We don’t provoke or cause the inappropriate behaviour but we frequently and inadvertently give it permission to occur. By being reasonable or capitulating, we teach them how to win. Tolerating objectionable behaviours only rewards and reinforces them. And our normal efforts to understand and be caring can often make things worse. Without your sense of obligation or loathing of conflict to play with, manipulators become impotent. They leave you alone and go find easier victims to prey upon.