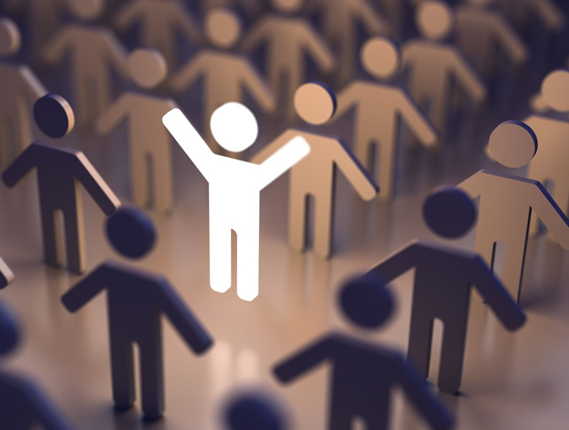 The objective of every smart leader is to surround herself with a team of really bright, energetic and talented people. These men and women are the most valuable assets your organization will ever possess. They’re capable of accomplishing great things if and when they’re encouraged and enabled to realize their full potential. The relationship is symbiotic – they want the enterprise to be extraordinary as much as the organization needs them to likewise achieve that level of accomplishment.

These star performers are, on average, four times more productive than other rank-and-file employees, regardless of industry. The difference between the best and the rest can be enormous in driving innovation and profitability. The best software engineer at Apple is nine times more productive than the average program developer at other tech companies. The best sales associate at Nordstom sells eight times as much as the average retail salesperson elsewhere. The best heart transplant surgeon has a success rate six times that of his average counterpart. In a word, they are indispensable.

Without them, you simply cannot succeed. They are the ones willing to do what it takes to help the business thrive in the most difficult of times. They want to be part of a winning team. They pick up the slack when the organization is forced to cut back. Their ideas save time, money and effort. And their positive outlook helps keep things moving forward when others succumb to uncertainty and confusion. Leading and managing them is one of the greatest challenges facing companies today, especially in the aftermath of the pandemic and the advent of what is now called “the great resignation.” But they will only stay if you understand who they are and what motivates them. (Hiring and keeping them is the subject of one of my three new webinars.)

First, who are they? Really smart, talented employees need to be managed in a manner their more average colleagues do not. They seek independence, freedom and flexibility in their work. So they abhor, reject and fight bureaucracy at every opportunity. They take genuine pleasure and feel a sense of victory when they break rules, especially those they think don’t make a lot of sense. They seek meaning, purpose and perfectionism in their work and are extremely resistant to relying on others. They know their worth and, partly because of that, frequently ask the kinds of questions higher-ups don’t quite know how or wish to answer.

Indispenables value smart leaders but have a low tolerance for the pretenders, whom they have an uncanny antennae for detecting and a delight in irritating. This is also one reason they’re generally loathe to aspire to demanding leadership roles themselves. This is not a bad thing – while they are incredibly good at their jobs, they generally have an over-inflated confidence that they know better than those above them. That said, precious few have any idea of what it actually takes to run a profitable business.

They’re skeptical about the value of most middle managers. Simply put, they prefer not to be managed unless the skills, knowledge and understanding of their superiors can be clearly demonstrated. They’re more concerned about what their peers think of them than what their bosses think. So, for example, they’re especially annoyed by ill-conceived and poorly conducted performance assessment exercises. Knowing how to evaluate and give them feedback is critical to engaging and retaining them.

Despite their notable talents, there are discernable weaknesses. (That said, we all have deficiencies.) Indispensables often overestimate their expertise in areas of responsibility that are not their own. So criticism beyond their domain should be seen for what it is – a point of view. While appearing to be organizationally inept about some things, they’re quite effective in getting what they want. They observe how “the game” is played and then, as fast learners, use that awareness to get what they seek. Since they’re good at gaming the system, they’re also capable of dysfunctional behaviour and undermining the culture. They’re not especially loyal when their expectations of value aren’t openly acknowledged. That’s when they start looking elsewhere.

Those who see their brilliance as central to their identity can sometimes engage in counter-culture behaviour and come off as know-it-alls. They have a high degree of emotional intelligence (self-regulation) but a low degree of social intelligence (people skills). They can suffer heavily from the “knowledge is power” syndrome and rarely share their expertise with others. They trivialize the importance of non-technical people and don’t often wish to share their tacit knowledge. They have a low boredom threshold and hate to wait for anything.

Understanding these strengths and limitations can enable managers to develop strategies that utilize the former while mitigating the latter. Forewarned is forearmed. So, how do you retain the assets you want to keep? The simple answer is that you must manage your star performers with the same vigor you devote to managing the company’s precious financial resources. Because that’s precisely what they are. And it’s also what you stand to lose when they bid you adieu.

Showing demonstrable respect for all employees is the sine qua non of management. While, this seems like rote, genuinely treating workers with deep understanding, sincere caring and dignity elicits continued loyalty. That said, some managers (and executives) are afflicted by power poisoning – a condition known as the boss syndrome which is independent of personality but rather a consequence of the capacity to wield one’s authority. Management by intimidation is an assured way to drive out indispensables. They require a higher level of assurance and recognition. Never pass up the chance to authentically praise their efforts. They know their value; they just want it acknowledged. They are special, they know they’re special and they want to feel special.

This of course may result in push-back from your HR people, especially those who prefer to treat employees homogeneously through such nonsensical schemes as socialized bonuses. The biggest cause of perceived unfairness in the workplace today is equal treatment of unequals. And money is not the prime motivator for high potentials; it’s simply a scorecard of validation. Freedom and flexibility are more important. In a recent study of 5,000 knowledge workers, 59% said job flexibility is more important than salary or other benefits.

Indispensables value growth. Create a credibly dynamic learning environment that enables them to keep developing their talents, both personally and professionally, across different aspects of the organization. Provide expert performance coaching that helps them assert their unique strengths and become active as agents of change. Know how to give and ask for their feedback on a regular basis. It’s a continual process of dialogue and engagement – done well, the benefits are mutual.

Involve them in decision making by asking how the enterprise can increase its effectiveness. Let them be a part of the strategic planning process. Build their risk intelligence by giving them choices to make. Never dismiss their ideas without further consideration even if you don’t like them. This is part of the respect that encourages buy-in. Never block their development even when it may seem it has little to do with the organization’s purpose. Hire bright people to work around them. Show you want to build a team of indispensable performers just like them.