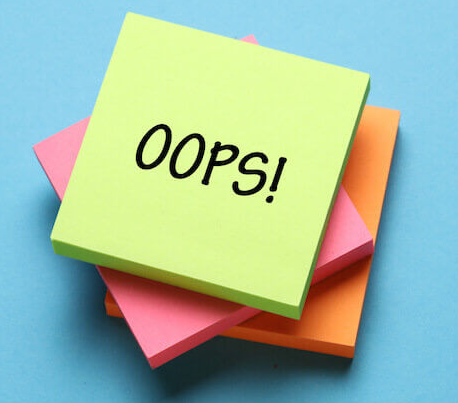 Failure is inevitable. It’s the distinguishing feature of economies, businesses, governments and relationships. Almost 98% of all new products fail; 97% of all patents never make money; 90% of oil wells drilled are dry; 80% of venture-capital funded firms go under; 80% of corporate mergers and acquisitions add no new value; 70% of new drugs never pan out and 60% of start-up enterprises never make a profit. The list goes on. Why would your life be any different?

The potential for getting things wrong, and suffering the consequences, has increased exponentially. The pandemic is immediate evidence of that truth. We are resistant to thinking about failure because we don’t ever plan to fail and we rarely admit it when it happens. But failure will always be more common than success. Its scope abounds because it’s difficult, if not impossible, to penetrate the curtain of uncertainty that shrouds the future. It’s been the constant throughout history and, in our volatile, increasingly complex, ambiguous world, it’s more likely than ever before.

The paradox is that we fail because we can never know enough to know what we don’t know but we only learn what we need to know by failing. No one will ever have complete or perfect information. Like a massive flowing river, the volume increases exponentially every second. More than 90% of the data in the world today has been created in just the last two years. It will double again in the next two. Every day, we produce 2.5 billion gigabytes of data but the brain’s capacity for information storage is only around one million gigabytes.

Evolution is driven by failure. Life is about iteration and adaptation. Of all the species that ever existed, fewer than 1% remain today. Their failure was the ultimate one: extinction. Darwin’s brilliant theory of living things, where only the fittest survive, can’t outpace atrophy, mistakes, complexity and black swans. Some species, including most business entities, simply don’t know how to ‘become fitter.’ They are generally aware of but don’t utilize the tools that build adaptive organizations. The degree of uncertainty they face rarely permits computation of the optimal solution. While that ought to be the goal, feasible is often not a shabby alternative.

In little over a decade, more than 90% of the planet’s 100 top market leaders have disappeared. More than 12% of companies are gone every year. Both big and small. Yet their trusted advisors continue to tell them what they need to do to succeed, not how to fail. Complacency and arrogance have always played a part in these deaths but the added fuel driving hyper-incessant, transformative, warp-speed change now includes advanced technologies, big data, radically altered market forces and, of course, the internet. (Not to mention what is yet to come: artificial intelligence, quantum computing and ubiquitous interconnectivity.)

Success, in fact, is quite dangerous to most organizations. The belief that “we’re doing the right thing … just look at our profits” makes it all the more difficult to accept the need to change. But success breeds a culture of entitlement, instils an aversion to risk taking and creates a sense of invincibility. All reasons why they (and we) learn so little when things are going well. The best time to contemplate changing the game plan is when things are going right, not when you’re in panic mode on the slippery slope downward.

While success arrives as much by design as by chance, learning how to benefit from failure can be a matter of sound strategic calculation. That’s essentially the meaning of intelligent failure. We can design risk and decision frameworks for thinking constructively about failure, the assumptions and forecasts we make, and the type of information we require to make smart bets on the future. Guarantees can never be offered but better outcomes are more likely assured.

All great leaders suffered major setbacks in their lives. Thomas Watson, founder of IBM, said “If you want to succeed, double your failure rate.” Henry Ford opined: “Failure is the opportunity to begin again more intelligently.” And Steve Jobs, regarded by some (though not me) as the most innovative CEO who ever lived, noted: “If you’re afraid of failing, you won’t get very far.” Until his death, Jobs’ second term at Apple saw an annual growth in corporate value of over 52%. Unimaginable in today’s business universe. The most profitable enterprise in the world at this moment, Apple’s spectacular triumphs in revolutionizing seven different industries were each preceded by similarly spectacular failures.

Risk management is primarily knowing how to deal with uncertainty. It is a skill and all skills are learnable. For starters, it involves quantifying probabilities. But probabilistic thinking was never taught in the lower grades where it would have been most useful to us in dealing with the unpredictability of our existence. Nor were we taught how to liberate and harness our imaginations which, unlike our rational sensibilities, have been beta tested for millions of years longer than the brain’s executive command centre. Analyticals don’t regard feelings as instructive data and hence fail to understand that all decisions are formed in the brain’s limbic system. In short, we’ve not been educated to unravel the enigma of failure.

How do you learn to embrace failure? Ensure your life is multi-dimensional and not reliant on one or two predominant activities or relationships. Keep a journal of your feelings as you look for the silver linings in setbacks and reflect on how to recalibrate going forward. Writing forces a precision of thought; ruminating on mistakes made is like a cancer that metastasizes. Understand the true meaning of risk – those who do are less afraid to fail. Have a sense of humour – especially a willingness to laugh at yourself. When failure occurs, it’s pointless to blame. Failure is an event, not a person. Cultivate optimism: discover the pleasure of making lemons into lemonade. Know that Murphy was a prophet not a fear monger.

All learning is error driven. The brain feeds on failure more than success because it forces us to integrate new information, concoct new theories and initiate the search for new meanings. This, in a roundabout way, leads to the discovery of new truths and, ultimately, greater happiness and a commitment to living freely. Every failure is an opportunity to get better, stronger, smarter and more adaptive. It enables us to realize that anything worthwhile can be accomplished provided we’re willing to persevere in the face of adversity – to see the good more than the bad.

Self-reliance can’t be taught. It’s acquired by surviving the school of hard knocks. Alter your inordinately high expectations, especially about what you seek but have yet to accomplish. See adversity as a necessary training exercise for strengthening your resolve. Michael Jordan, perhaps the greatest basketball player of all time, was cut from his high school team but reached the pinnacle of his sport with this driving mantra: “I have failed over and over again, and that is why I succeed.” The biggest regret is not failure; it’s failing to try.