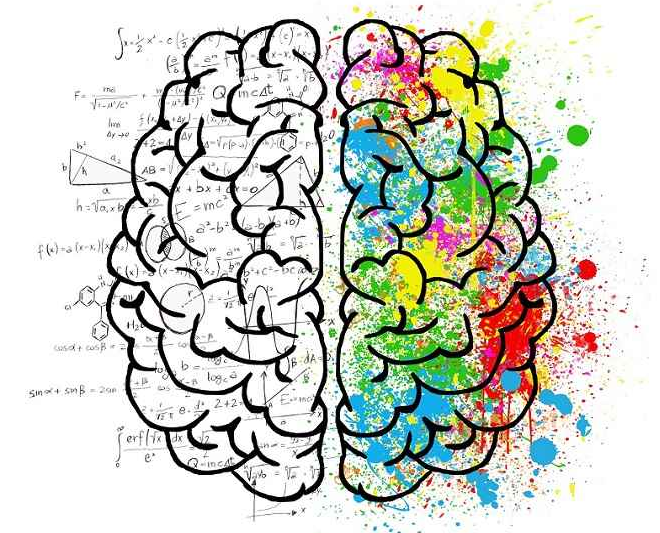 How we think is who we are. It shapes our identity – our distinctive way of discerning among competing claims and contradictory evidence to deal with the problems we face. And that is what determines our destiny. How we think triggers our emotional and rational responses to perceived threats or opportunities. It enables us to distinguish sensibility and truth from ambiguity and nonsense. It fuels how we distill information and try to understand, how we deal with uncertainty and make good decisions, and whether we recognize when we’re right or wrong.

My career as an adult educator has been devoted to the study of cognition. And most of my teaching is aimed at empowering analyticals to think more creatively when the situation warrants. My audience consists primarily of professionals of every stripe and more than 80% of them are analytical thinkers. They have mastered one way of thinking borne of their specific scholarly discipline and work – they are accountants, engineers, physicians, architects and others. The skills prized by their professional orientation shape their preferred method of approaching their problems. We are what we repeatedly do.

There’s no such thing as a pure creative or pure analytical thinker. But we tend to use these labels to define or typecast our predominant cognitive predisposition. While there are several forms of thinking, the differentiation normally made is between analytical and creative thought. For the most part, we are a blend of these modes – all our personality traits are variable and dependent on such factors as genetics, environment and circumstances. So, while labeling is convenient, it’s also misleading. It’s always a matter of degree. Analyticals are generally considered to be rational, logical, deductive, linear and backward-looking thinkers. Creatives are deemed to be conceptual, lateral, intuitive, holistic and futuristic thinkers. When this default mode is consistent with our goals, success follows. When it is not, we are less effective or we fail.

Analytical thinking is a continuous path in search of objective truth (even though truth is subjective). It is a predilection for computation rather than composition or combination. It proceeds sequentially, one step at a time, and is averse to quantum leaps. It looks backward because we cannot analyze what has yet to happen. Hence, it’s largely blind to emergent, discontinuous and chaotic situations. It moves from the simple to the complex whereas insight works the other way. Deductive thinking applies pre-existing theories to solve problems; inductive thinking infers general rules from empirical observation.

We were taught in school that analytical thinking, using inductive or deductive logic, is the only legitimate (thus teachable) form of reasoning. A core assumption of economic theory is that we are rational actors who seek to optimize benefits and opportunities by means of analysis. That said, discontinuity is the primary characteristic of today’s world order – one that is volatile, ambiguous, uncertain and complicated. Logical reasoning cannot abide discontinuities but creative breakthroughs involve leaps into the unknown and looking differently at profoundly disruptive events.

Creative thinking requires the insightful transfer of patterns of knowledge from familiar domains to those whose structure and character are less well defined. Aha! moments occur when the brain spontaneously reinterprets impressions to reach non-obvious conclusions. This is known as abductive thinking and it frames data metaphorically and holistically. It’s the capacity to release ourselves from the grip of reality, to move freely between idea spaces and create webs of meaning about how the world might be. We must navigate through and around these powerful forms of embedded intelligence with our imagination – the faculty that allows us to play with novelty and uncertainty, invent and try out alternative scenarios and connect the conscious with the unconscious.

My fifty plus years of exposure and research into the minds and behavioural differences of these alternate ways of perceiving and dealing with problems posits two thinking archetypes in the extreme. True analyticals need to feel they’re in control. They want their world to be stable and predictable, without surprises, chaotic events or unintended consequences. They prefer proscribed boundaries, formal routines and established rules which inevitably leads to a desire and support for bureaucratic ways of existence. They are meticulous in their preparation, methodical, efficient and highly knowledgeable. They believe “a clean desk is a sign of an organized mind.” In some fields, they are incredibly productive and valued.

Because of their inordinate attention to detail and their obsession with collecting all the information they believe they need to know, they’re often viewed as procrastinators. Logical and practical traditionalists, they prefer to do things “the way it’s always been done.” They are patient, perseverant, dependable and proud of their work ethic – what others tend to define as workaholics. They like promptness, neatness, planning and precision. They’re highly disciplined, unemotional, steadfast, focused and serious. This can, however, give rise to anti-social and inflexible behaviours and an inordinate resistance to change

True creatives have a quite different set of characteristics. For them, life has no boundaries or constraining rules – they are mavericks not followers. They are not detail-oriented, abhor standard procedures and policies, have highly changeable personalities, are often disorganized and relish novelty, complexity and challenges. They’re excited and intrigued by “what if …” and “why not …” questions. They’re energetic, always in a hurry, get lost in their thinking, and can be erratic and scattered.

They are also poor listeners who like to interrupt a lot (because they’re too busy thinking and talking about new ideas). They daydream frequently but seek constant stimulation, both personally and professionally. They’re willing to engage anyone on just about any topic and say what they think. They’re spontaneous, humorous, direct, uncontained and impatient with slower thinkers. They can be fickle in relationships and quickly shift from flamboyance to boredom. They’re non-judgmental and purposefully or unabashedly naive about what they don’t know.

In my judgement, one becomes a smart leader when she is capable of thinking on all cylinders, not just the one default mode. Analysis is the preferred method when the problem and solution are crystal clear, you’re satisfied with a quick fix and the consequences of failure aren’t too great. You’re seeking feasible, not optimal or brilliant. The objective is to find the one right answer. Therefore, I want my airline pilot or my surgeon to primarily be an analytical thinker. When they’re in charge of my well-being, I’d rather they not say “while I’ve always done it this way, I wonder if there might be another approach I might try right now?”

The challenge today isn’t getting new thoughts into our heads. We are awash daily in new stimuli and sensations. It’s getting the old, worn and unproductive ones out. It’s difficult, if not impossible, to have a life-altering epiphany if all we want to hear or see is what we already know. And we exist in a transformative age of exponential idea generation. While “big data” is a highly prized resource and the pride and yoke of analytical thinkers, it’s now a commodity. In our uncertain, unpredictable world, original thinking and contrarian dexterity is a currency of greater value. One that every smart leader must acquire, embrace, cherish and deploy strategically.