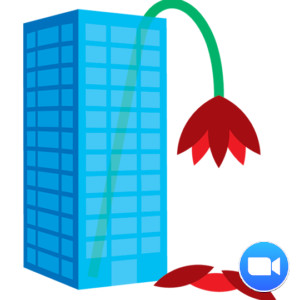 The data is clear: businesses are disappearing faster than ever. Do they fail because of stubbornness, incompetence, taking unnecessary risks or the emergence of black swans? Some do. But many fail simply because their ongoing success contains the seeds of its extinction. Adherence to the formula that brought market preeminence or dominance in the past almost guarantees they will perish in an increasingly volatile, uncertain and complex world. Relying on tried-and-true practices and ter mode of thinking that got them to where they are now won’t help them evade the downward spiral … it will only accelerate it.

In today’s world of hyper-competition and exponential disruption, traditional strategic paradigms become leg irons, prior breakthrough ideas and practices harden into counter-productive routines, and core values that once differentiated your organization no longer inspire your younger workforce. Rather, they crystalize into inflexible policies and apathetic, unengaged employees. Innovation has always been at the heart of business success though rarely at the top of the management agenda. While it gets rediscovered and discussed as a growth enabler when things are going south and cost-cutting is the name of the game, grand strategic declarations and new designs are too often followed by mediocre execution that produces anemic results.

Although counter-intuitive, the time to reinvent your business model and action a culture shift isn’t when things are going downhill … it’s when you’re at the top. Not recognizing when the fundamentals are changing borders on corporate inertia, if not negligence. With the right tools in place and a different understanding of volatility, disruption and uncertainty, decline is not inevitable. The solution lies in acknowledging, then acting on some uncomfortable though less-often acknowledged truths. This one-off webinar, designed by a CEO performance coach and strategic advisor of over fifty years standing, outlines the nature and scope of the problem and tells you what you need to do in order to ensure that your success doesn’t kill the golden goose.

**  Includes a Pre-course Workbook of tasks and readings.